Right then, here we go, I’m jumping into the angry waters of classic car modification with both feet. Many hate the idea and think that classic cars should still slosh around with a whiff of four-star. Others look at a classic and ponder over what they can do to it. Some will insist on cross-ply tyres, despite their desire to kill you. Others will try and work out if you can fit a turbo four-cylinder into the back of a Hillman Imp. And guess what? It doesn’t matter what camp you’re in. Both are perfectly acceptable. There is no right, there is no wrong. At least in the grand scheme of things. For what it’s worth, I’m firmly in the modification camp. But don’t worry, I can be objective and I can see the validity of the arguments for both sides. For me though, I like adding touches to my cars that make them mine. I want my cars to be unmistakably a product of me. I want people to see them at shows and be all ‘oh, that’s Pollitt’s car’. BUT, and this is the big caveat, I generally don’t own rare or valuable cars. Having chosen the life of the motoring journalist, I only ever have about four quid to my name. As such, my cars are fair game for modification in the most part. That said, I did once have a Mk2 Ford Zodiac Lowline with flames crudely sprayed on one side, but we’ll glance over that. I find the notion of classic cars to be a very personal one, and that’s the case if you’re driving a £500 rust box, or a £5m supercar. And on that basis, it’s very much down to the owner what he or she does to said car.

Modification is a form of expression, it’s also often a display of incredible talent and ability. I have seen some hot rods, for example, that have been modified with such engineering precision and detail they’d make an F1 car blush. During my time as Editor of Performance Ford magazine I have seen Escort RS Cosworths with 1,000bhp, I have seen the Fiesta above shred tyres thanks to turbocharged power, and I have loved every one of them.

Modifying classics is in the family, too. My own never-ending project, a 1999 Rover 800 Vitesse Sport, is modified. Lowered, uprated brakes, uprated clutch, all the wood is gone in favour of a nice carbon wrap (you hate it, but it doesn’t matter). My father owns a ‘55 Ford Thunderbird. However, it’s not standard. It’s lower, it sits on Radir Tri-Spoke alloy wheels, the front and rear dagmars have been removed, there’s some pin-striping, and under the bonnet you’ll find an Edelbrock tri-carp setup sitting atop an Offenhauser inlet manifold. It is, in his eyes and mine, gorgeous. I know that the Thunderbird, in the guise in which my father has built it, makes him happier than a stock one ever would. The Rover wouldn’t get me nearly as excited if it was standard. These modifications make us happy. The people I have encountered at shows and during my time working on magazines have all been beaming with passion and enthusiasm for their modified cars, and that is a beautiful thing. If this is what modifying classic cars can do, then bring it on I say, welcome it with open arms. The problem with modification is that anyone can do it, and that includes those with zero comprehension of both style and excess. It’s these people and their cars that tarnish the notion of modification. There’s a guy around my way who drives a beautiful old Toyota Crown, but it rides along on the most god-awful Halfords chrome, blingy alloys you ever did see. It ruins it. And while it probably makes him happy, it doesn’t help with the wider understanding of modification. Instead, it perpetuates the stereotype that all modification is bad and tasteless.

It’s not though. Modification when done right is a magnificent thing. And it’s one I think we should capitalise on. There have been so many technological advances since our classics were built. Things that weren’t available way back when. There are companies out there which serve us on this front, with popular classics from Ford, Vauxhall, Volkswagen et al all being offered myriad modification options. Of course, to represent the other side, there are exceptions. Some classics have earned their stripes as honest survivors, and they should be preserved as such. Your car, that you love and cherish as it is should stay like that. A Ferrari 250GTO does not need a carbon fibre wing or a set of banded steel wheels (though man, that would look cool). But really, a car has to work hard to dodge the crosshairs of modification potential. Because everything has that potential. Take the Ferrari F40 built by Gas Monkey Garage. Admittedly, the car was bought as a crashed wreck, but still, it was rebuilt and modified and now it’s a wheeled icon. An example of what can be done with bottomless pockets and much bravery. 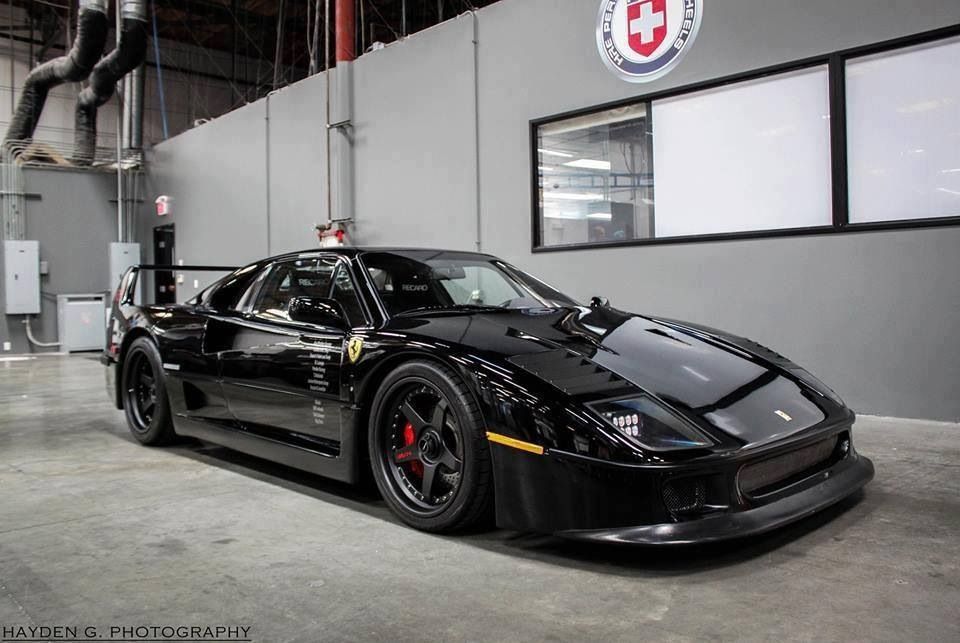 The bottom line with modification is that nobody says you have to do it. If you want your Rover P6 to stay standard, then keep it standard. But if you want to lower it and fit an LS V8, then do it. There are no rules, there is no wrong or right. There is no guidebook. As I said, modification is expression, and that’s why I’m all for it. If it can bring you further joy, give you a means to experiment and try out ideas, that’s brilliant. But at the same time, if you get the same joy from preserving and maintaining your classic to factory standard, that’s admirable too. Modification is a motivator for arguments, and it shouldn’t be. If your name is on the V5, you can do as you please. That’s your right. If it makes you happy, brilliant. But don’t get hung up on another person’s car. If you want to fit a jet engine, if you want to paint it pink, or if you want to just leave it as the manufacturer intended, it’s all good. Life is too short. Let the modifiers modify. Let them take classic cars to a new, exciting and hitherto unimaginable level.